David Summons
posted on 10 months ago — updated on 6 months ago
Scandals
Although it wasn't a part of our classic league game predictions, fights are unfortunately becoming an all too familiar outcome at youth sporting events.

Several sources reached out to us to confirm that a huge fight took place on Monday, October 4th following a U16 Classic league D2 matchup : 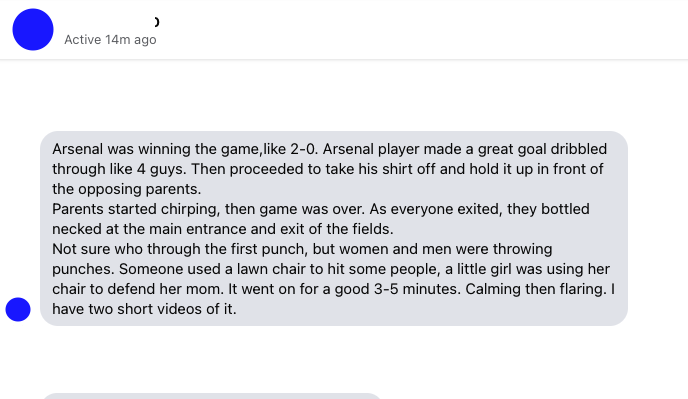 After the game ended between Dallas Pegasus 06B and Arsenal Red 06B, heated tempers quickly flamed into a brawl involving both parents and players. Fut411 was provided the following videos of the mayhem (as shared within your FB Group):

As you can see, things blew all the way out of control quickly and both coaches are visible in the videos trying to break the fighting up.  One parent was seen striking another parent who's on the ground with  a chair multiple times, and several parents are visibly involved throwing punches and shoving.  As we combed through a flood of sources, we wanted to get to the bottom of what sparked the chaos.  We found a credible source with who shared the following: 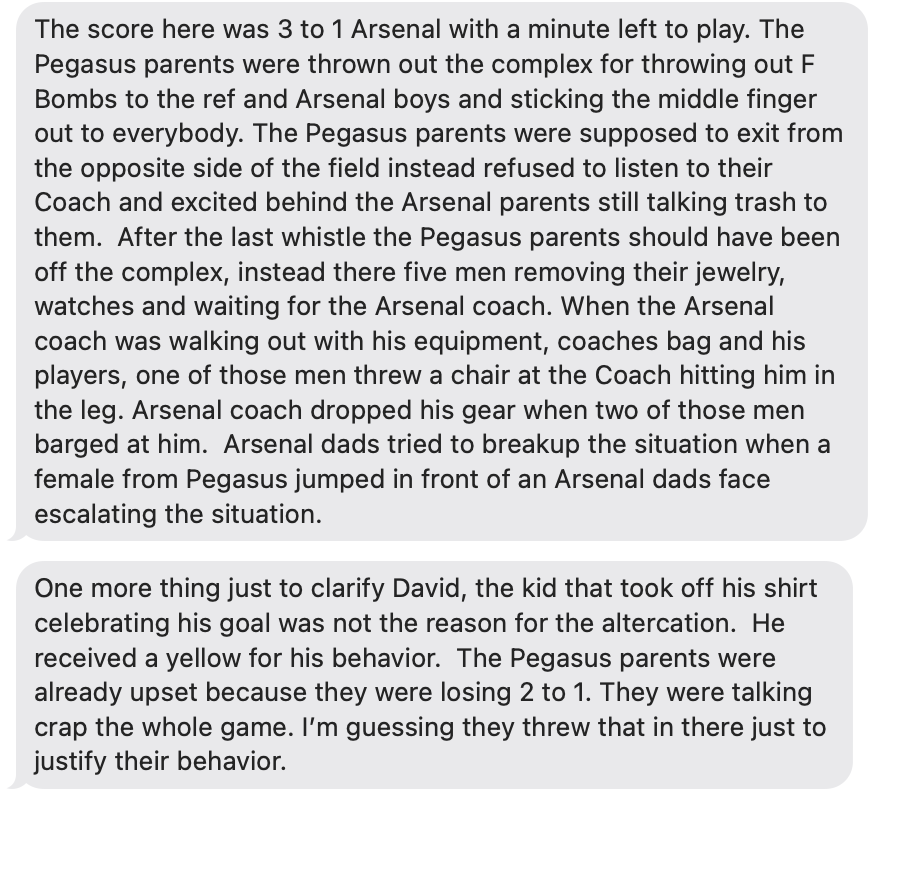 This gives us some contexts on how the temper of the parents were flared and some of what went on prior to the punches being thrown.  We are still investigating, but we were able to corroborate this account via video provided by another source which shows parents being ejected from the game.

As you can see, Dallas Pegasus parents were indeed ejected, and their coach comes across (in orange) to calm the situation down so that the game can be finished.  It is worth noting that the Pegasus coach is disrespected here by his parents, as it takes several moments of him pleading for them to exit so that the kids can finish the game.  Another point of context worth noting is that these events take place with less than 2 mins time left in the game. So the time lapse from when the parents were ejected to the spark of what would become a brawl was a span of less than 10 minutes. As those parents allegedly never made to their cars as requested by the officials and their coach, choosing rather to remain on the premises as the primary source of agitation, which eventually erupted into the brawl.  Again more details will be made clear and I'm sure the disciplinary committees will have their hands full sorting through this collage of confusion and combat.  Chairs Gone Wild!

As always, we'll keep digging and the discussion will continue on the FB group. Share and let us know your thoughts?