Scandal: NTX Suspends One of Their Own Board Members

#fut411
Admin
posted on 1 year ago — updated on 2 months ago
4,799
views
NTSSA's disciplinary hearing committee has been very busy of late. Considering all of the scandals we've reported recently, we'd assumed to hear of multiple updates and hearings during the summer weeks. Yet, imagine our surprise to learn of a new story involving a recent decision to suspend an executive board member.

JC Whaley has served for many years on the NTSSA board as the Chairman of Coaching Education.  He's also serves as President of the Greater Wichita Falls Soccer Associations (GWFSA) . 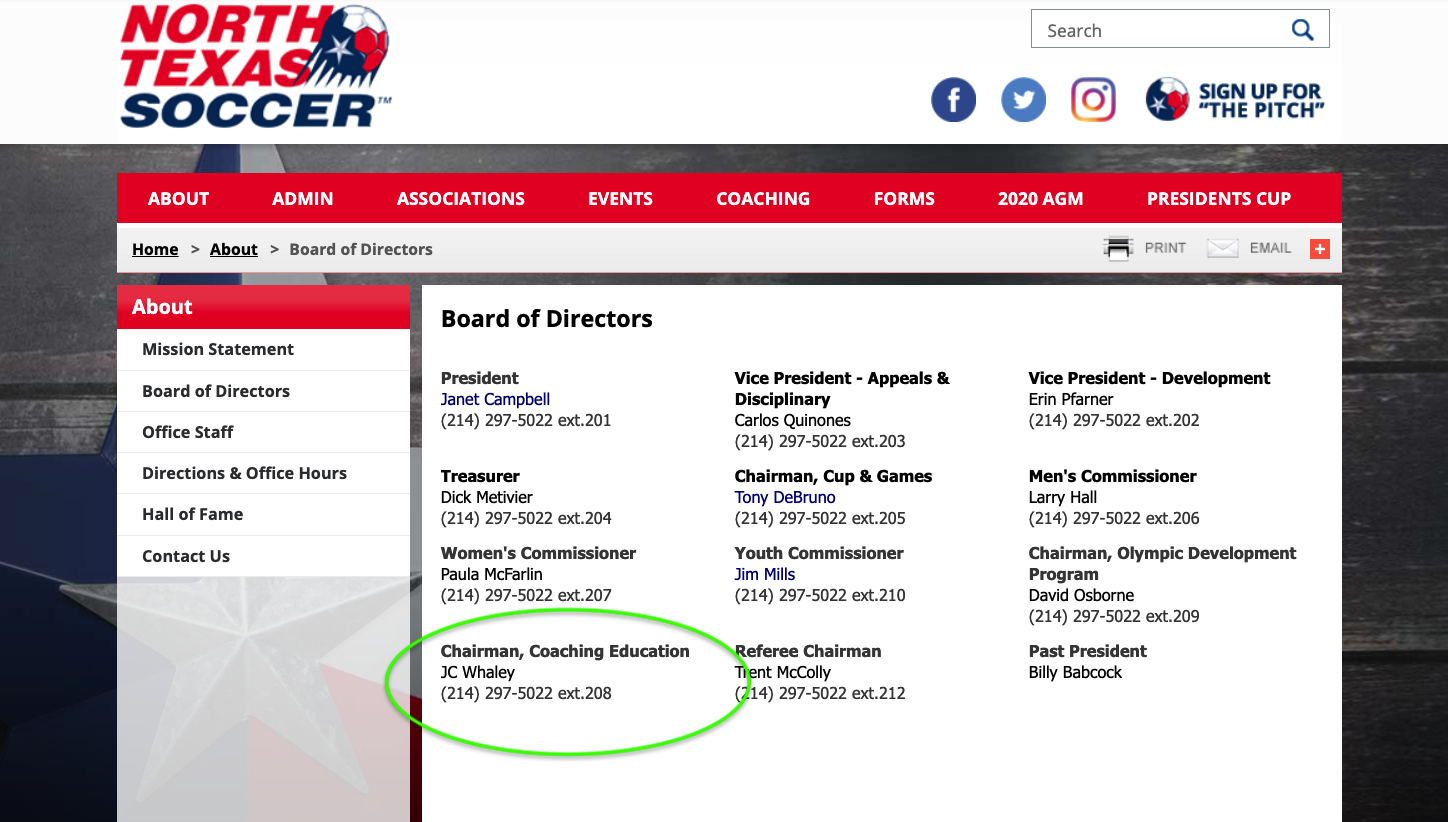 Given his position, we'd assume that anyone with his access level and leadership role would never be entangled in disciplinary complaints.  However, JC Whaley was accused of violating several codes of both ethics when he allegedly used his position to intimidate an official back in April.  Near the end of April, NTSSA held a disciplinary committee hearing, and their ruling yielded a 1 year suspension.  Following a recent appeal hearing, the suspension was upheld, citing that JC Whaley was found to be violation of 5 material policies and effectively ousting him from the NTSSA board. The following summation of policies and resulting suspensions were issued by the disciplinary committee:

Effective immediately, his name has been removed from both the NTSSA and GWFSA websites as his suspension has forced a resignation from both boards: 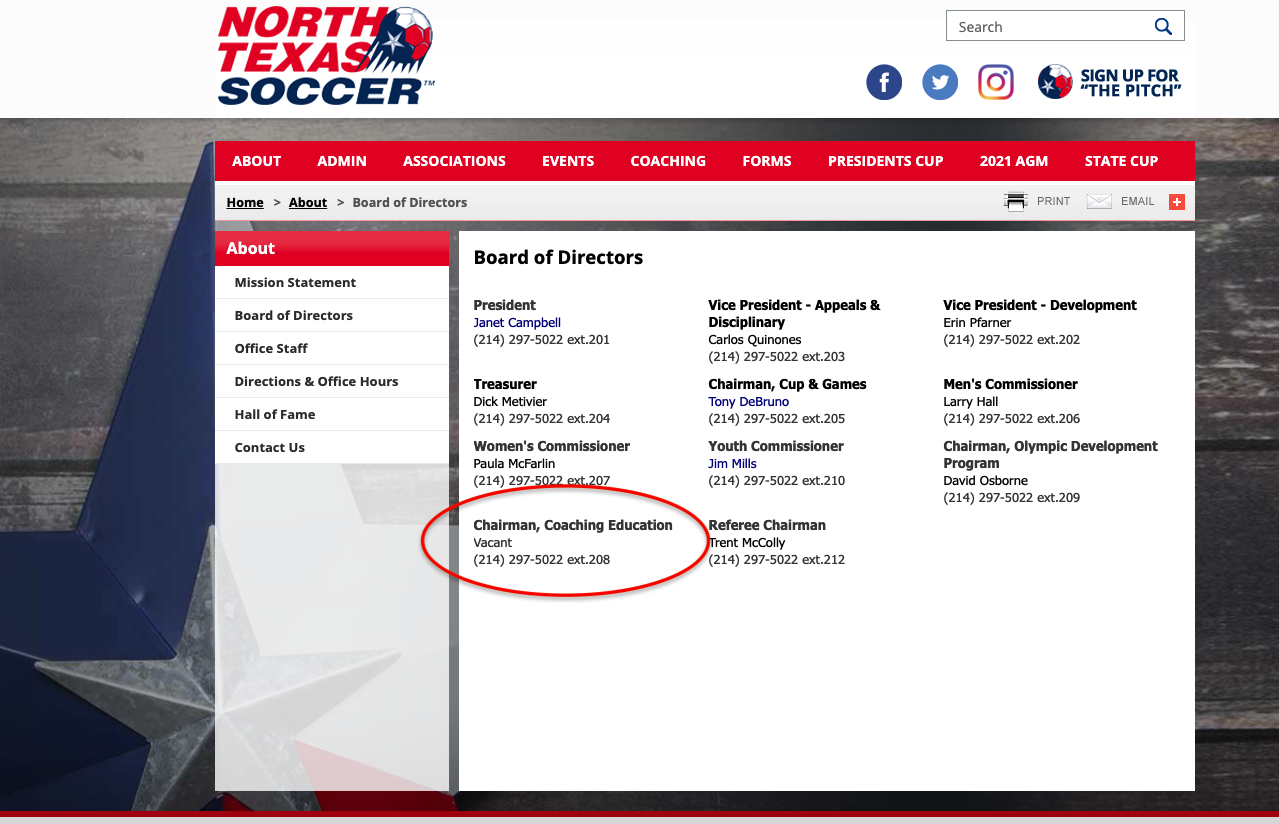 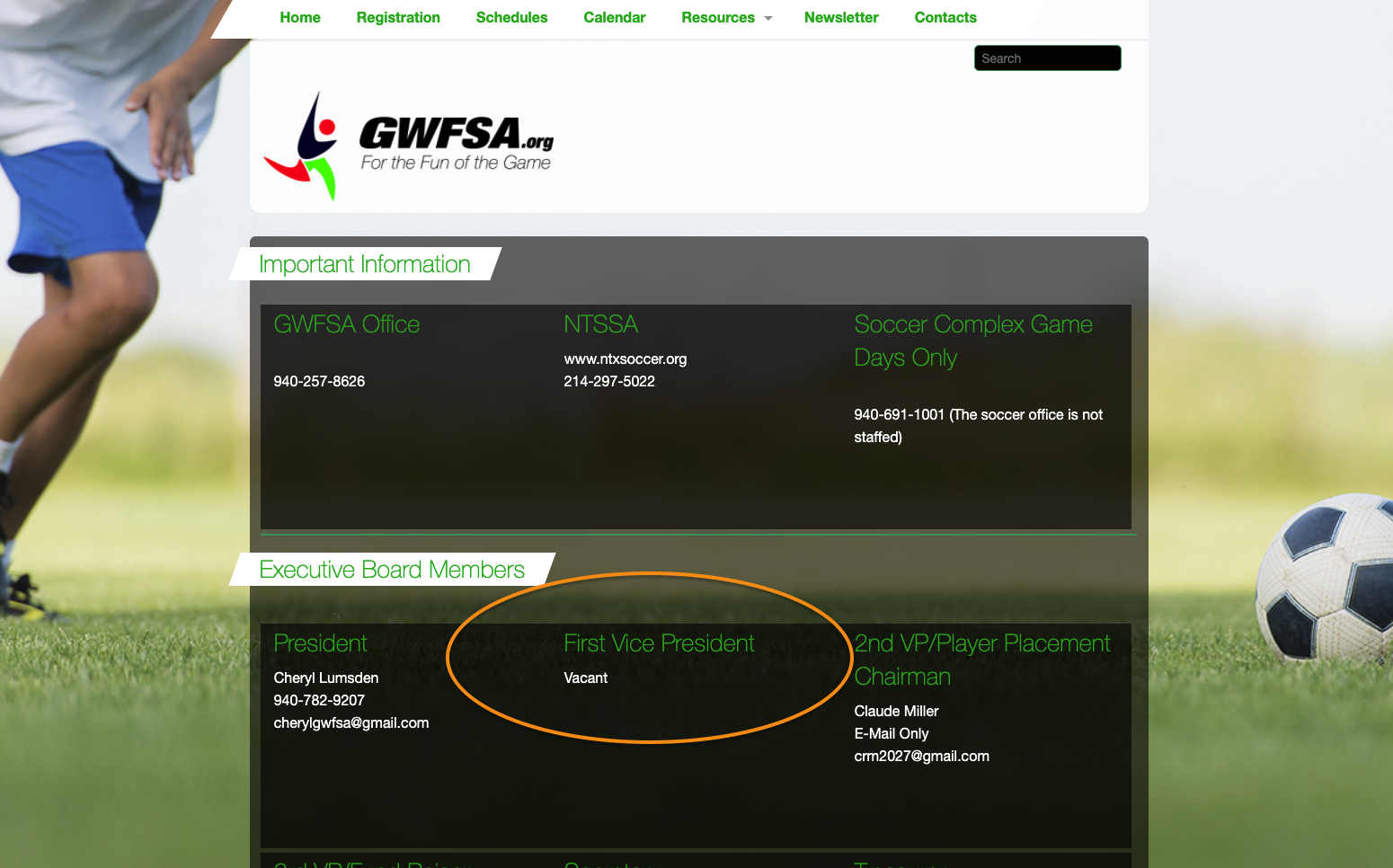 For now, given what we know, we're happy he's suspended. I particularly despise the alleged abuse of authority. That speaks poorly of the entire North Texas organization and isn't what they claim to stand for. So kudos to the other board members, the disciplinary hearing committee, and all that played a role in this process. Seems that NTSSA got it right. I hope he's never allowed to run again, but we all know there's a chance he might .