SCANDAL: Legends FC Gets Disqualified from the ECNL Playoffs

#fut411
Admin
posted on 1 year ago — updated on 7 months ago
13,518
views
It's not everyday we see a scandal unfold at a national event. Imagine our surprise to learn of a disqualification at the ECNL Girls National Playoffs.

Every season within the ECNL Girls platform is capstoned by their national playoffs event. This year's playoffs are taking play in Lakewood Ranch, FL. Apparently the beautiful scenery and extra sunshine just might have gotten the best of one team administrator's head, assuming a "mistake" occurred which led to Legends FC being disqualified from the U18/U19 Composite playoffs.

We have yet to confirm the official reason, however we have indeed confirmed their disqualification.  FC Stars Blue ECNL went on to face Sting Dallas Royal ECNL in the semi-final match instead of Legends FC RL.   A quick glance at the bracket standings shows how the progression was changed to allow FC Stars Blue ECNL to continue forward into the playoffs despite the 0-5 result: 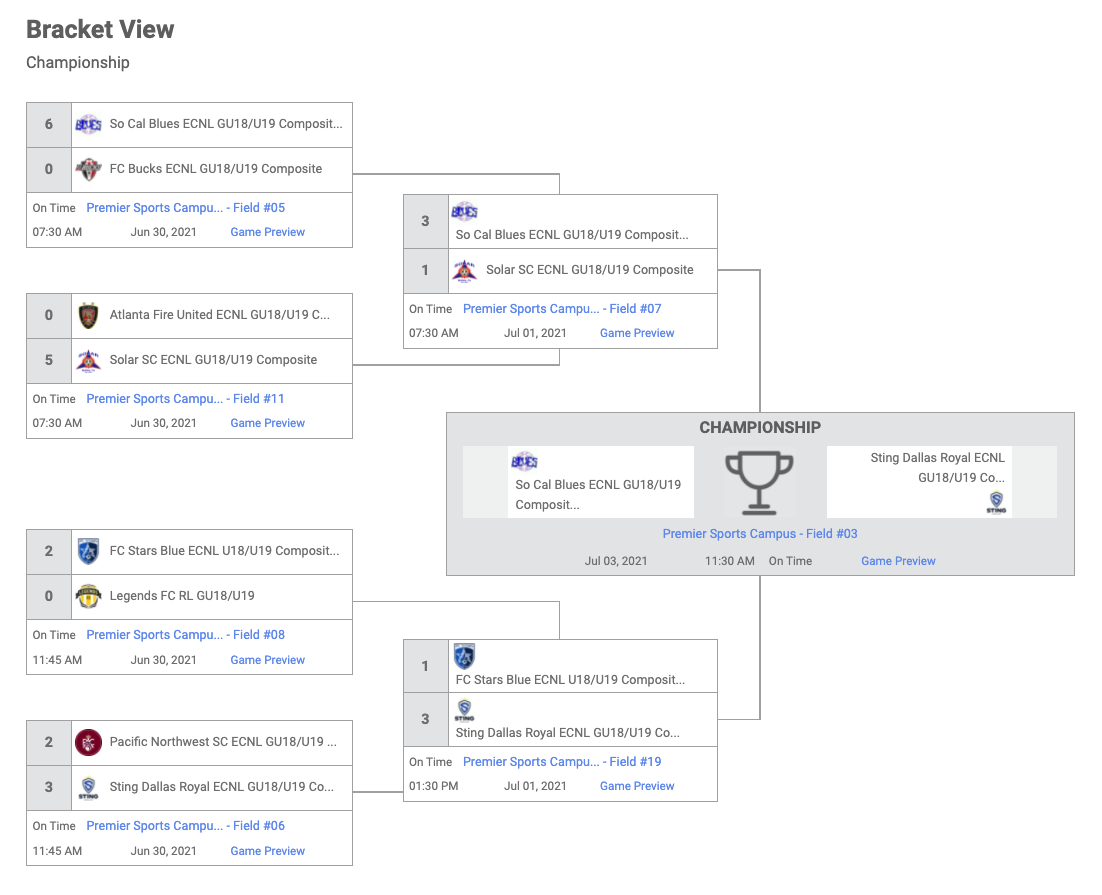 Instead, Legends FC RL was allowed to compete in the 5th & 6th place game vs Pacific Northwest SC ECNL.

We are told that Legends FC will also be allowed to play the 7th place game as well, given that any further matchups will be considered forfeits as just friendly games.

Kudos to the ECNL Girls' leadership for their swift action. I love that although the issue was addressed, they allowed the girls to continue to compete in essentially a friendly format, as to not cheat the other teams out of the games and opportunity to play.  We will continue following this as more information is revealed.  Let us know your thoughts?