#fut411
Admin
posted on 1 year ago — updated on 2 months ago
12,450
views
Former Director of Programs for Mutiny FC Soccer Club has officially been banned indefinitely from all soccer activities by NTSSA after multiple scandalous and criminal allegations were confirmed. Let's review why:

Paul Simon Annis is the former Director of Programs at Mutiny FC.  He has most recently been coaching Texas Spurs' 02, 03 and 06 girls teams.  Coach Annis has officially been added to the NTSSA Suspension List and is now suspended indefinitely. 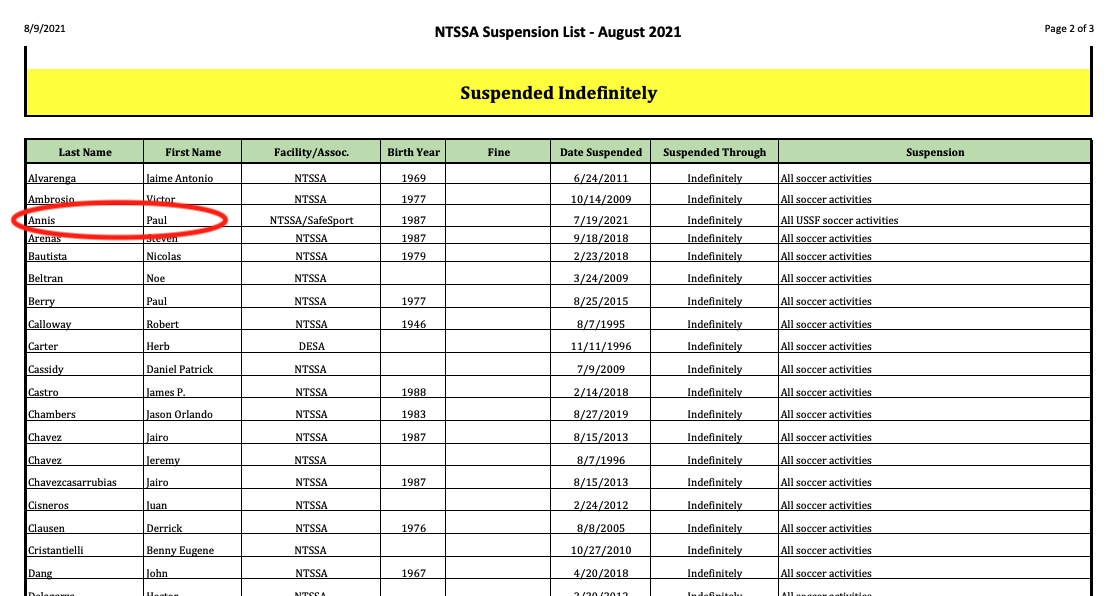 If you follow our page, we've reported on several coaches making this ban list, yet coach Annis  garnered our attention because he was the most recent to receive the rare distinction of an indefinite ban.  So naturally we wanted to know what he did, and how he came to be suspended. A few sources we have reached out to confirm that he'd been banned by the U.S. Center for SafeSport for the following: 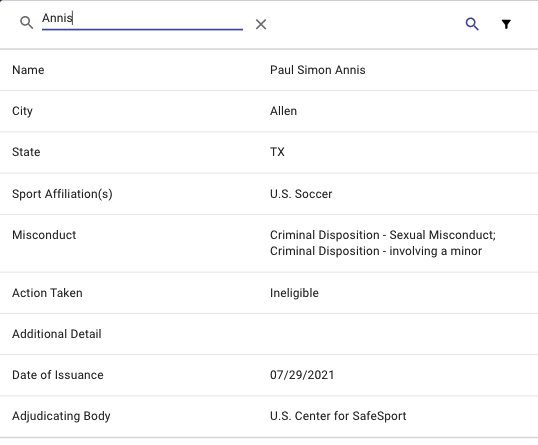 It appears that he was banned for Sexual Misconduct allegedly involving a minor.  FUT411 has yet to obtain access to any police reports to confirm criminal charges, however the information obtained by US. SafeSport and NTSSA was obviously enough to warrant a lifetime ban.  We will keep digging to learn more.
As we were seeking documentation for these allegations, we landed on a confirmed account of sexual misconduct via a FB post. 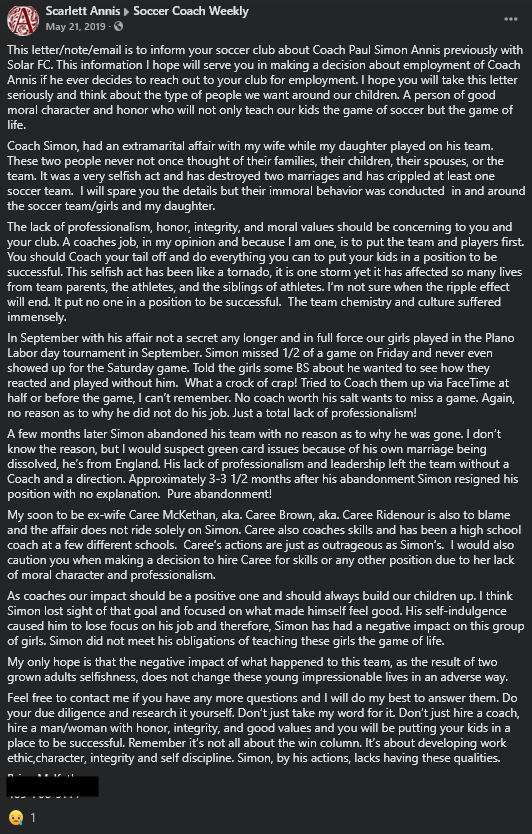 As you can see, Paul Annis has also been accused of having an affair with a parent from one of his teams, as confirmed by the husband. These allegations were posted in 2019, and they shed light on some of the issues he was facing within the club.  As always, we will continue researching and updating our readers as new information comes forth. Let us know your thoughts on Coach Annis's suspension and the allegations via our FB group.