News
If you want to be a professional athlete in most sports, it helps to be born at the right time of year. 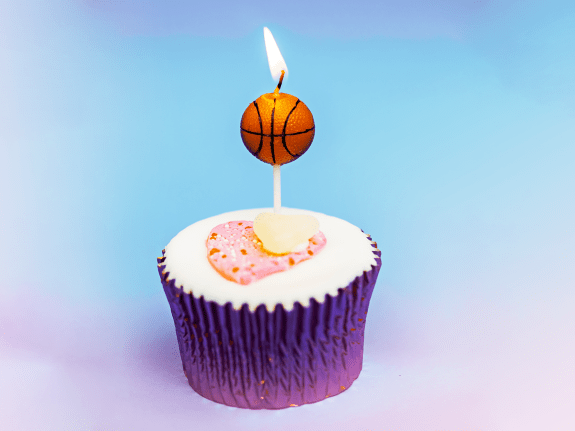 This phenomenon, called the relative age effect, impacts almost every sport. It has been demonstrated in both men’s and women’s sports, although the effect seems to be less pronounced in women’s sports.

Why Are Great Athletes More Likely To Be Younger Siblings?

Of course, children old for their cohort don’t have better genes or more talent. Instead, “the relative age effect is almost certainly related to differences in rates of biological and psychological maturation,” said Joe Baker, a professor at York University in Toronto who researches the relative age effect. “Those who are relatively older appear stronger, faster, etc., but they’re really just older and therefore more advanced in their maturation.”

Such children are more likely to be picked for school teams. Once they are picked, players benefit from more practice, coaching and game time — advantages denied to those not selected, who are disproportionately likely to be younger for their selection year. Once accounting for their biological age, the older players might not have been any better than later-born children when they are first picked. But after becoming part of a team, and being exposed to training and matches, they really do become better than later-born children who might be equally talented.

One clear trend holds true across sports: The younger that talent is identified, the greater the relative age effect. This makes intuitive sense; on a fourth grade sports team, made up of 9- and 10-year-olds, the oldest child could be 10 percent older than the youngest.

This all suggests a way of countering the relative age effect: to delay selection for as long as possible — until mid-adolescence or even later. In practice, Baker said, “coaches could work to ‘soften the blow’ of not being selected,” by keeping late-maturing players in the system for longer, thereby giving them the best possible chance of fulfilling their potential later. New Zealand’s youth rugby teams have long grouped young players together based on weight rather than age; the method means that skillful but smaller players are not disadvantaged. Similarly, in soccer, teams have tried methods including “bio-banding” — grouping together players based on their height and weight, not age. Teams have even explicitly arranged trials for those born in the last months of the selection year in case their talent has been missed.

At every turn, school sports are effectively rigged for children born soon after the school start cutoff date — which varies by state in the U.S. but is most commonly around Sept. 1 — and against later-born children. Yet in the NBA, James Harden1 and Kobe Bryant2 are among the former MVPs born in August, putting them among the youngest in their school year group. In baseball, Mike Trout and Cody Bellinger were each just 17 years old when they were drafted; Tom Brady and Barry Sanders are among the NFL MVPs who were young for their cohorts.

These athletes embody a notable paradox: Once they reach professional levels, younger-born players tend to be more successful and are overrepresented among “super-elite” athletes. This phenomenon, found across a range of sports and explored in “The Best: How Elite Athletes Are Made,” a book I co-authored, is known as the underdog effect. Essentially, it is harder for later-born children to become professional athletes — but if they do become professional, they have a higher chance of becoming among the very best players in their sport.

A study of the most valuable male players in professional soccer, ice hockey, baseball and Australian rules football analyzed their birth dates relative to the selection year for the sport in their country. The finding was the opposite of the relative age effect: Players born later for their year were overrepresented among the very elite, accounting for a combined 55 percent of players.

“Award-winning athletes were more likely to be born late in the selection year than early in the year,” wrote Paul Ford and Mark Williams, the authors of the study. “The relatively younger athletes in our sample were able to stay in a developmental system that discriminated against them.” The authors suggested that “to survive in the system, relatively younger athletes must develop some other performance advantage, which is likely to be skill and its attributes, such as speed, technique and decision making. During their development, these younger athletes may benefit further in skill acquisition by playing the sport with relatively older athletes.”

In other words, the very same factor that worked against athletes young for their selection year became an advantage if they could hold on in the system. Among super-elite athletes, the relative age effect not only fades but reverses.

The difficulties faced by later-born children on the sports field can help them develop in advantageous ways. A study of Premier League soccer academies found that players who were later maturing for their year — sometimes because they are young for their selection group, but also because they are physically late maturers — are more adept at self-analyzing their games and improving their weaknesses. German youth soccer players born in the last quarter of the selection year were found to perform worse than others in their age group — but, when taking relative age into account, the players born in the last quarter were, on average, better performers. “The superior abilities of late-maturing or quarter-four players is due to the greater challenges experienced and superior skills that are required to overcome these,” said Sean Cumming, a co-author of the Premier League paper.

Failing to recognize the talents of later-born children can be costly. At the age of 8, a young Harry Kane was released from the academy of the soccer team he supported, Arsenal. “He was a bit chubby, he wasn’t very athletic,” Liam Brady, Arsenal’s former academy director, told The Telegraph in 2018. Kane was both young for his school year — born on July 28, one month before the end of the English school year — and was also a late developer biologically for his age. After being released by Arsenal, Kane was signed by the academy of Tottenham Hotspur. He has now scored more than 200 goals for Tottenham and is valued at well over $100 million.

Sports Science Is Finally Talking About Its Methodology Problems

But ice hockey also shows the underdog effect at work once players make it to the NHL. A study published in 2011 of Canadian-born players from 2000 to 2009 found that players born from October to December spent an average of 7.8 years in the league, but those born from January to March lasted only 6.9 years. Players born from October to December also scored more points per game and were paid higher salaries than those born at the start of the year. While those born from January to March made up 28 percent of Canadian NHL players, they accounted for just 17 percent of Canadian All-Star or Olympic players.

This is the paradox of the underdog effect: It is much harder for athletes born later in a selection year to become professional athletes. But if they can make it there, they have a greater chance of reaching the pinnacle of their sport.

Tim Wigmore is the co-author of “The Best: How Elite Athletes Are Made” and a sports writer for The Daily Telegraph. @timwig