Scandals News
It's not everyday that you see a team disqualified from its own club's tournament.

While the issues are unclear, we have confirmed that FCD 08B Silver was disqualified on Saturday by the tournament directors, from completing their bracket games in the Michael Brown Winter Classic.    It's not everyday that we see a team being disqualified after competing in tournament games.  This message went out to other 08 coaches informing them of the disqualification: 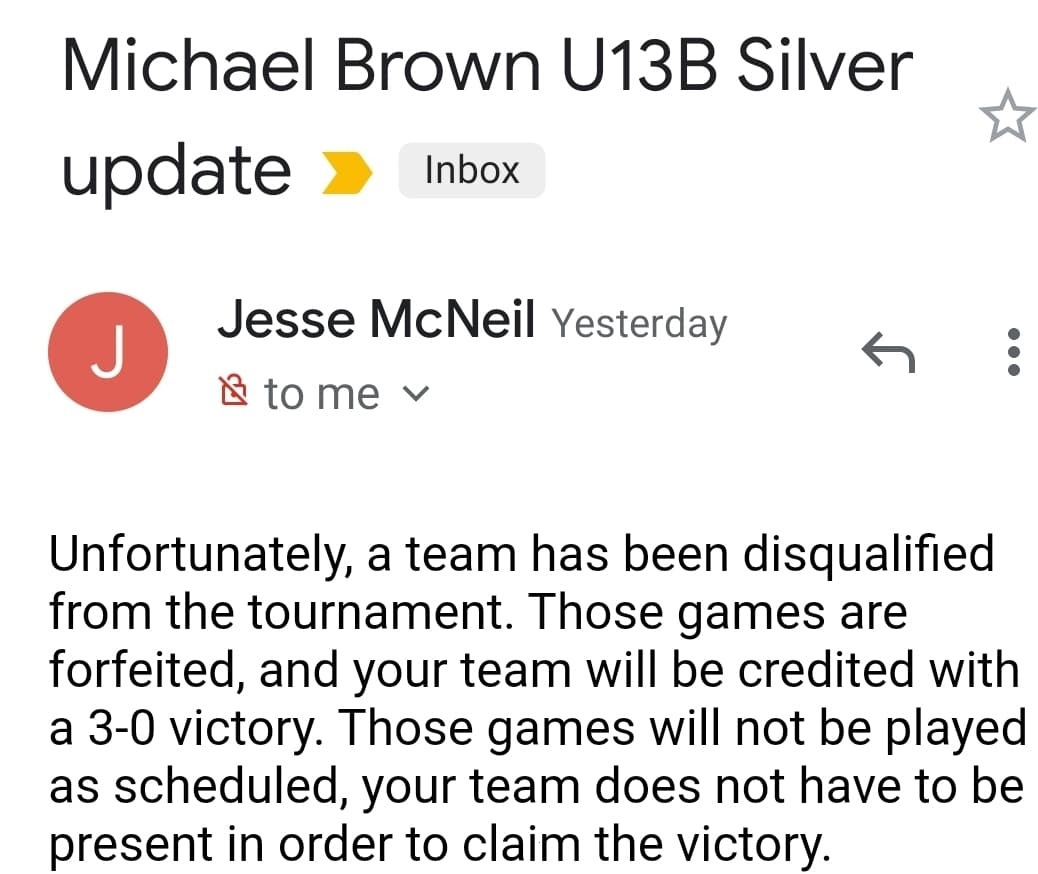 As you can see, although the team had played their scheduled games on Friday and Saturday morning, the bracket has since been updated to reflect the forfeits to all games: 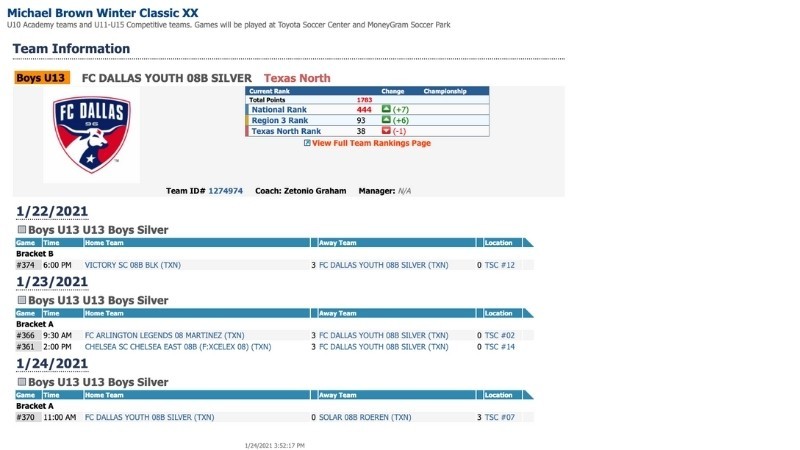 Utilizing deductive reasoning, we don't feel that this disqualification was due to any health concern or COVID related withdrawals  given the bracket scores updates.  It's more likely that an issue of a rules violation occurred.

Additional sources have come forward to bring to our attention that the FCD 10 Silver team (Coach Zetonio Graham) was also disqualified. 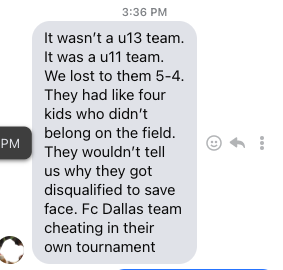 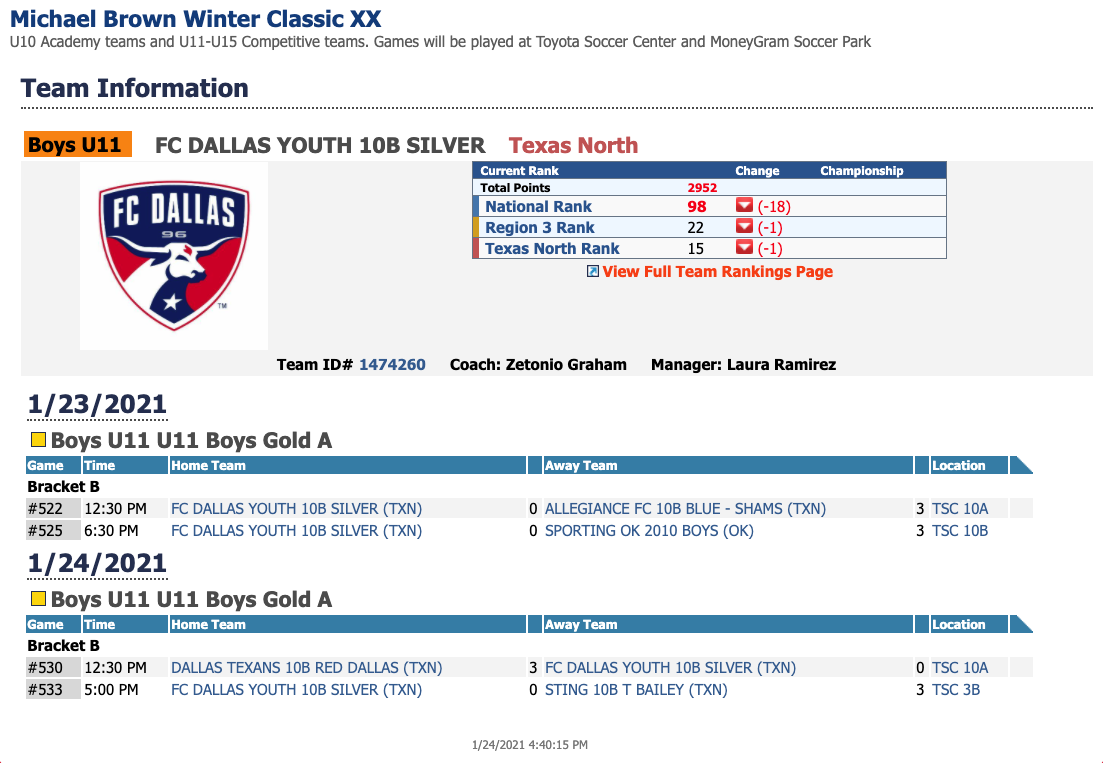 So it appears that they may have been disqualified due to cheating.  Seems it's possible that the coach tried to us some of his U13 players to play the U11 game, and tournament officials determined that disqualifying those teams were necessary.

However, looks can be deceiving. After a bit more digging, we were finally contacted by the FCD coach himself.  Coach Zetonio Graham reached out to us, to clarify what happened, in a following statement:

"I am beyond sick and embarrassed by the DQ situation, the real story is I am without a team manager for my 09 and 08 teams, so Im also carrying that load, I uploaded all of our documents into gotsoccer and they were “verified” by the tournament staff. I have a 09 player who is rostered with my 08 team, via NTX and a 2010 player who is rostered with my 09 team, via NTX, during the leagues I club player pass them to their age group. When my rosters were verified I simply thought because the tournament was a friendly and tune up for league it was the same as U90 tourneys where you can dual roster, which is totally on me and I take full responsibility, I see some people saying I played older players on a younger team and that just simply isn’t true. I know you don’t know me at all so I completely understand any skepticism, in all my years of coaching I’ve never had anything like this happen and it sickens me to my core, but I did not cheat or knowingly dual roster players when it wasn’t allowed. I made a huge mistake, I should have read the rules carefully and that’s on me, but just wanted to reach out and clarify for whatever it’s worth"

We were able to corroborate the statements the coach made, the piece together more of the full picture of what took place. As you can see, FCD Silver's rosters were entered and verified prior to the tournament: 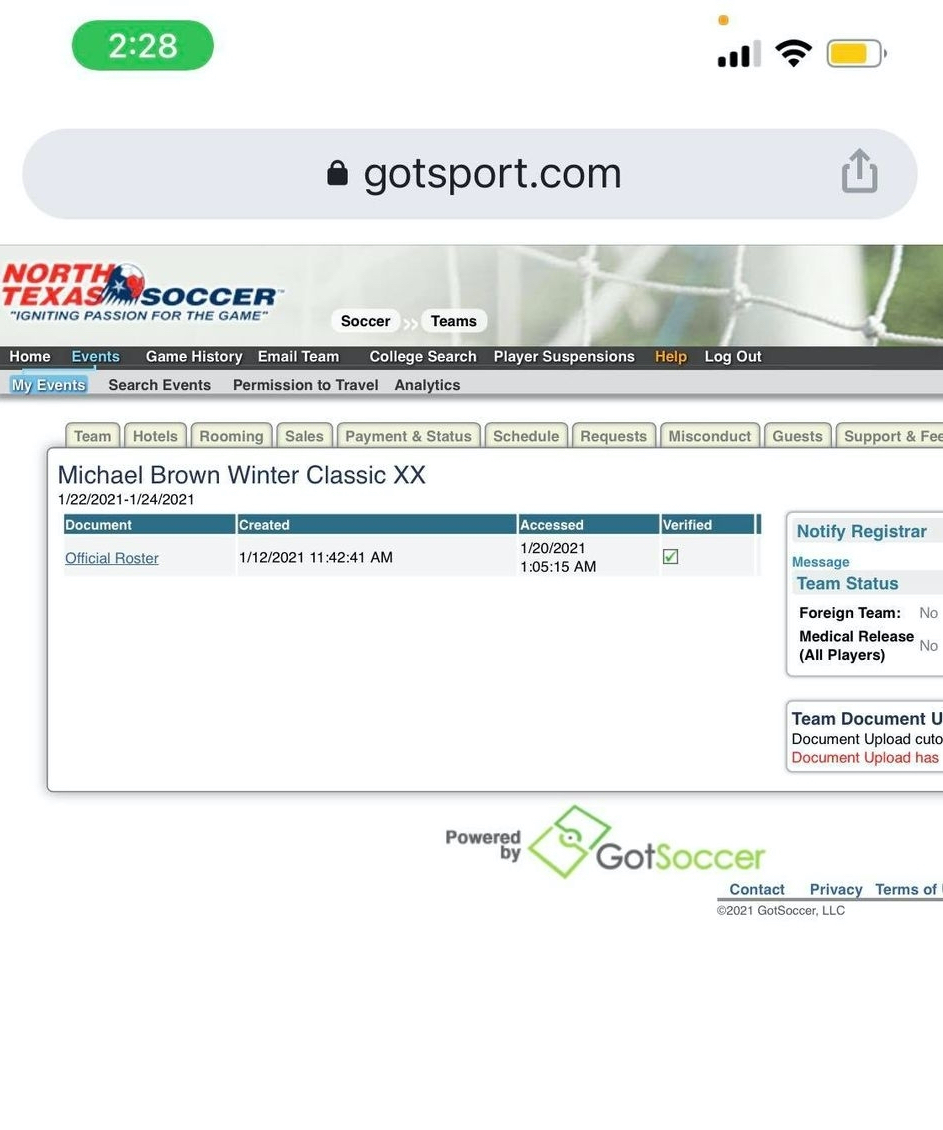 Graham wasn't made aware of any issues prior to the start of the tournament. Because his rosters were actually verified, his teams were allowed to play their scheduled games both on Friday evening and  early Saturday.   This explains why they were able to play games prior to disqualification.

At some point the tournament officials were alerted to the discrepancy, and resulting disqualification can in adherence to the tournament rules as shown below: 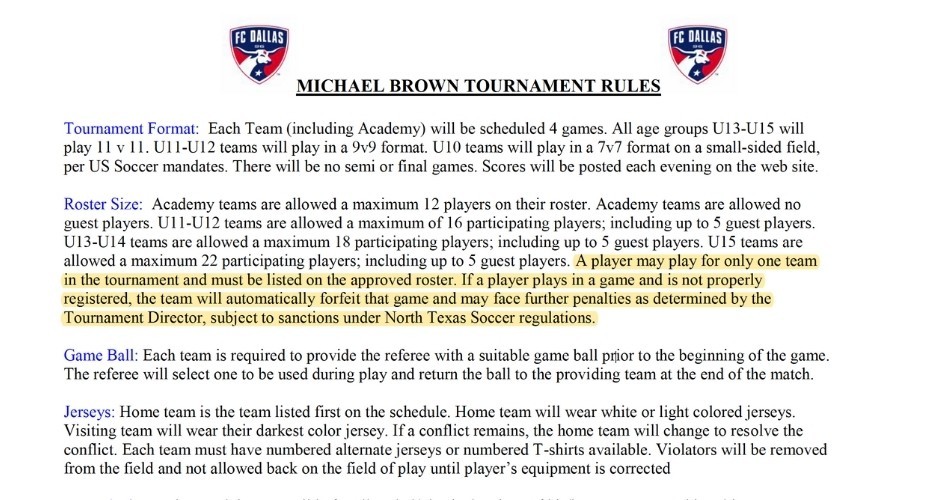 There you have it.... while the teams were indeed disqualified, the speculation of cheating wasn't consistent with the facts we now know.  Special thanks to the coach for reaching out to clarify and giving us time to vet this information to confirm.