David Summons
posted on 8 months ago — updated on 4 weeks ago
News
The Midland High girls soccer program has had a sudden change as head coach Taryn Parker has been placed on administrative leave by Midland ISD.

When contacted about the change, MISD Executive Director of Athletics Blake Feldt read a statement from the school district:

“Midland High School girls soccer coach Taryn Parker has been placed on administrative leave. Coach Jackson Burns has been named the interim head coach and Coach Bethany Johnstone has been named assistant coach effective Jan. 19, 2021. We thank Coach Parker for her service to the district and look forward to a great year for girls soccer.”

Feldt would not comment further on why Parker was placed on administrative leave. He added that Burns would serve as interim coach the rest of the year.

The drama kicked off even more, now that  someone has decided to create a petition to "Get Parker back as MHS head girls soccer coach"...  This person is believed to be parent, but it could literally be anyone. Check it out: 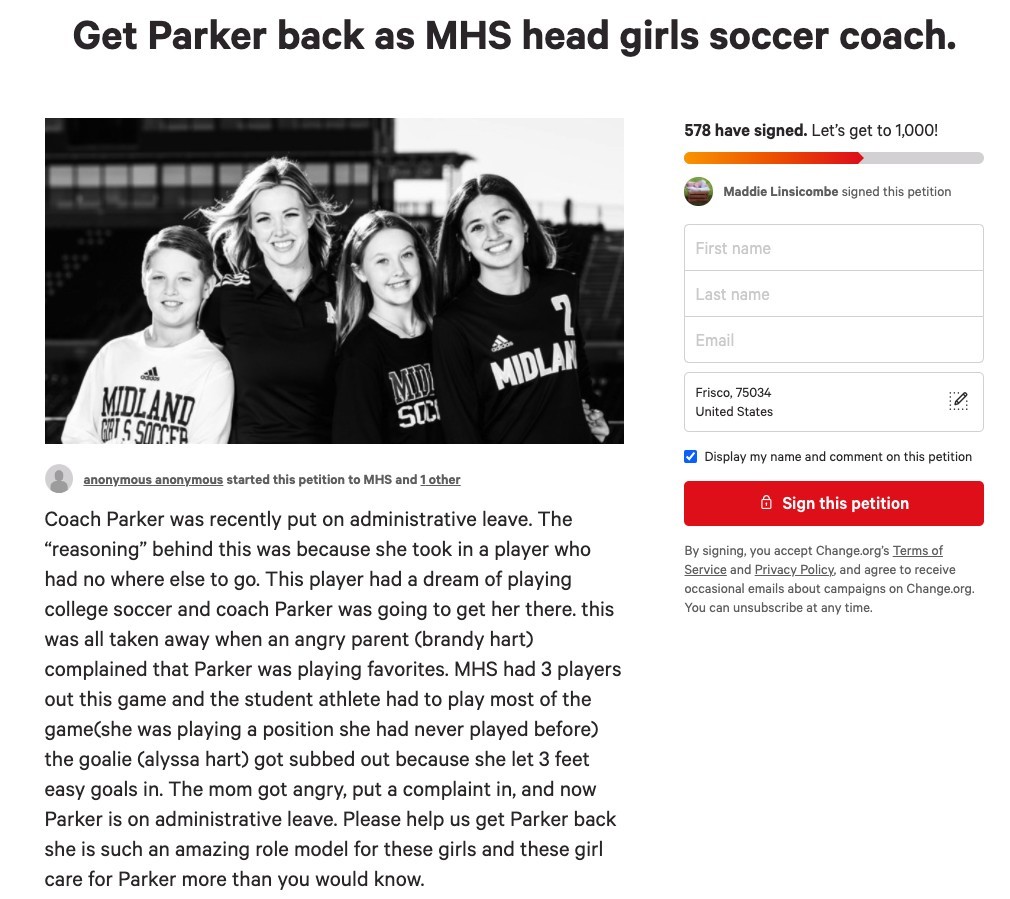 Interestingly enough, over 500 people have already signed the petition in support of Parker. The majority of the comments to the articles and posts have also been in support of reinstating Parker, and critical of MISD's decision. One parent/supporter of Parker writes:

Yet there are others who offer words of both wisdom and caution. This facebook user sums it all up very beautifully: 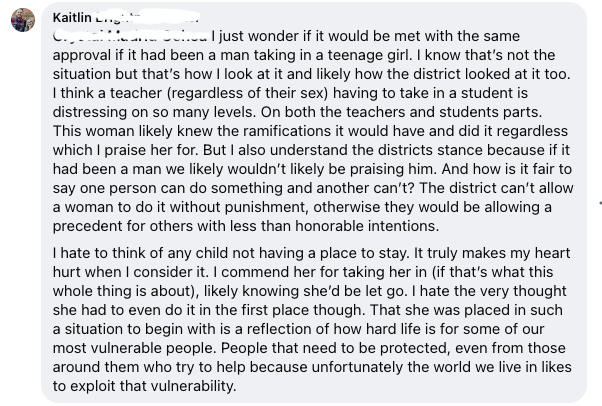 So let's see what we learn with a little digging.  We will be back with an update as we learn more...